As we head into the holiday weekend, Rhode Island should congratulate itself for helping to lead the way as one of 21 states that increased their minimum wage for 2015. Minimum wages jobs are no longer the province of teenagers working part time. The majority of such workers are over age 20, and about a third are 40 or older. Over half of minimum wage workers are working full-time.

Raising the minimum wage benefits everyone, because the additional dollars are spent immediately, going straight back into our community. As a member of 9 to 5, the National Association of Working Women, I believe the next steps should be to raise the minimum for tipped workers (currently only $2.89 per hour) and index the state minimum wage to inflation. Both of these provisions were on the table, but were stripped from the final legislation.

Continued progress toward a living wage for all workers would be a great way to honor the work and memory of Dr. Martin Luther King, Jr.

Growing up in California, where we have access to Paid Family Leave, I didn’t realize that many people could not take paid time off work for a loved one’s serious injury or illness. I now see how blessed my family was to have paid family leave and not worry about losing their jobs or their paycheck. 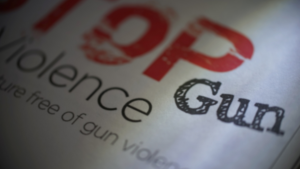 9to5 Action Network member Judy Belanger shares how she uses Letters to the Editor as a powerful tool for public education and raising the level of discussion around working women’s issues.

For the Day of Action I talked to people in my community about 9to5 and about the importance of everyone having access to paid sick days. I also got them to sign pledge cards to support candidates who will fight for working families.

This is your moment to tell DC City Council “It’s time to care!”

I work two part-time jobs. I have student loan debt that I fear I will never be able to pay off. I can’t save for my future retirement, much less put money aside for an emergency. I stay with my parents who don’t charge me rent or expect money for groceries. Some weeks I work 50 hours or more.